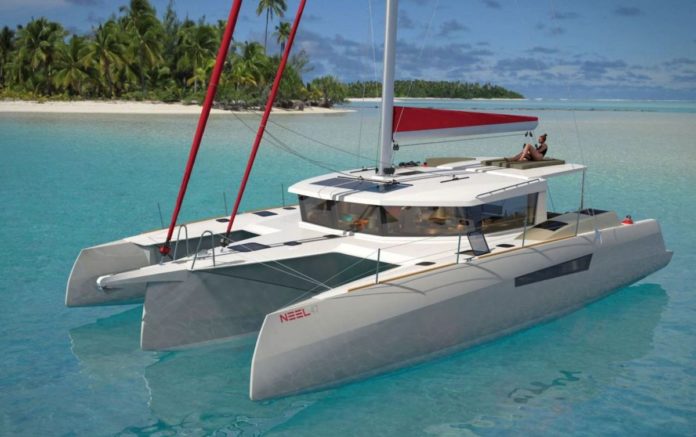 The trimaran vs catamaran dilemma has been around for a while, and is far from being settled.

The cruising catamarans have been very popular these past decades, but trimarans are making a strong come back and might find new adopters.

The main difference between a catamaran vs trimaran is of course the extra hull of a trimaran compared to a catamaran.

If everyone can differentiate a multihull from a monohull, the characteristics that distinguish one multihull from another, aside from the hulls numbers, are a lot more difficult to identify for most people.

Living space, seaworthiness, speed, here are the main significative differences in our experience between a trimaran and a catamaran.

The stability of a catamaran vs a trimaran

On a sailboat, the wind makes the boat go forward and lean in its direction. On monohulls, the keel under the hull is there to prevent the boat from drifting and the ballast from capsizing. Therefore, in strong winds, a monohull will list.

Multihulls, on the other hand, are helped more by their floats which resist immersion. The catamaran will have peaceful navigation and will not heel unlike the monohull, but it can be uncomfortable in heavy seas.

On the contrary, the 3 hulls of the pleasure trimaran give it great stability, like the small wheels you add to a bicycle. Thus, even in rough seas, the shape of the floats makes the recreational trimarans particularly stable and comfortable to sail.

When the wind pushes a boat to the side or upwind, it is necessary to counteract the thrust of the wind and this compensating thrust is obtained by the hull and the daggerboard.

When sailing, a trimaran is better at getting upwind than a catamaran, which is more prone to drifting. Trimarans are therefore faster than catamarans and this difference is very significant when sailing into the wind thanks to the centering of the weight in the central hull which limits pitching.

As a result, trimarans are generally more efficient than catamarans. 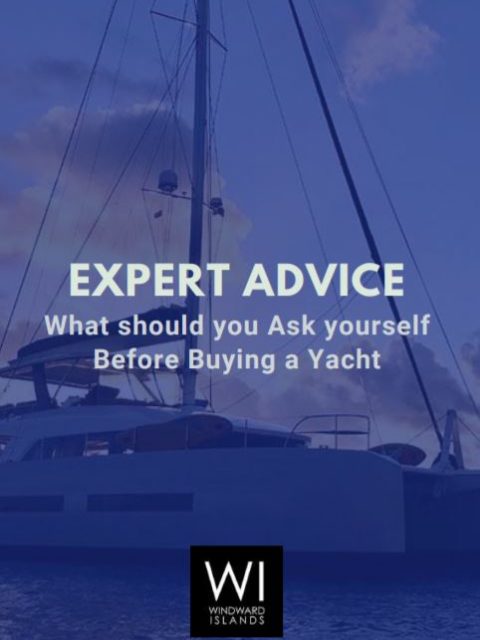 Planning to buy a boat?

Our 100% FREE guide includes all the questions to ask yourself to make the right choice.
GET OUR GUIDE

Indeed, catamarans are very popular for their spacious living areas, divided between their two hulls and their central platform.

Among the habitable cruising trimarans, we can mention the DragonFly and its “Swing Wing” system which benefits from a pleasant interior, or the “Rapido Trimaran”, built in Vietnam by the Morrelli & Melvin architect firm.

But the match trimaran vs catamaran doesn’t end here! Some modern trimarans can easily compete with the best catamarans when it comes to liveability.

The trimarans from the Naval NEEL shipyard are a particular stand out, offering real floating hotels thanks to the addition of a living area above the central hull, the “Cockloon®”. It forms an uninterrupted area between the saloon and the cockpit. The floats are reserved for the cabins. So, the boat has a central kitchen, a saloon with a panoramic view, and cabins on the same level with a lounge. The flybridge also benefits from a large surface.

The renowned NEEL 65, for example, is an atypical and innovative trimaran. Its volume is enlarged to offer spacious cabins while its central hull, perfectly aligned with the anchor line, guarantees stability and comfort at anchor.

The central platform offers more living space than can be found on catamarans of equivalent size.

So, if catamaran vs trimaran was usually in favour of the catamaran when it comes to liveable space on board, it might not be for long.

Trimaran vs catamaran safety: the width of trimarans makes them safer

The trimaran is the safest of the multihulls thanks to its design on three hulls, its complete anti-drift plan, and the centering of its weights.

The differences in righting torques between a catamaran and a trimaran are significant. With a maximum righting moment of 27° of heel, a trimaran is very difficult to capsize whereas this moment is 12° for catamarans, an angle that can be reached in gusty winds in very short seas.

Moreover, even if the trimaran is about to capsize, its structure would prevent it from sinking, which makes it a very safe boat.

In general, multihulls are safe and easy to control.

Racing: the trimarans are usually preferred these days

Trimarans are more popular than catamarans when it comes to racing, especially since the last decade or so.

The speed and safety features of racing trimarans are big advantages for long offshore races. They can be pushed harder safely even in rough seas, and are more forgiving than most racing catamarans. These are the main reasons why trimarans have been so popular in most multihulls races over the few years.

For instance, all the winners of the Jules Verne Trophy since 2010 have been trimarans.

How to make the right choice between a monohull, a catamaran, and a trimaran?

Whatever your cruising project and the sailing area, it is important to choose the right boat according to your desires and the desired program.

It allows you to sail better upwind, to get away from the coast.

You will be able to observe magnificent panoramas with the simple rustle of the wind in the sails. Also, with a sailboat, you won’t have to worry about finding space in a marina.

With large monohulls that have retractable keels, you can also easily anchor in shallow waters.

Read also : Monohull vs Catamaran, which one to choose?

Pick a catamaran if you like volume and calm seas

The catamaran is popular with families or groups who like peaceful sailing and the comfort of its living space. It has several cabins per hull with bathrooms that allow more intimacy. The volume of a catamaran is appreciable. But be careful, this gain is only true for boats from 12m, otherwise, it is better to opt for a monohull. Also, if you plan to sail in rough seas, be aware that the catamaran’s windward grip can make maneuvering difficult and anchoring rough. In this case, you can try Catana’s catamarans with daggerboards.

Pick a trimaran for a good combination of volume and performances

While catamarans are more common around the world, pleasure trimarans are starting to seduce more and more cruising and thrill-seeking enthusiasts. Trimarans are fast, offer pleasant sailing conditions, and much better performance than catamarans. The new recreational trimarans offer living space comparable to catamarans of equivalent size. They are therefore perfect companions for pleasant cruising and even transatlantic crossings.

The NEEL 51 by Windward Islands, for example, combines the performance and safety of a trimaran with the space of a cruising catamaran. The NEEL rigs are directly inspired by racing trimarans and allow cruising speeds twice as high as other cruising yachts on the market.

The big news for 2021 is the arrival of hybrid motor trimarans such as the LEEN 72, which offers the usual Neel Trimaran habitability on a motor boat.

Read more: LEEN 72′: The Future of Hybrid Trimarans is Here.

Trimaran vs catamaran: which is the best?

The best depends on what you like to do. Catamarans offer nice liveable space, but can be uncomfortable in rough seas. Modern trimarans offer better performances in rougher seas, and nice liveability nonetheless. These nice living spaces aren’t the norm for older trimarans.

Catamaran vs trimaran: which is the fastest?

Both can be very fast boats. But trimarans are usually preferred for speed and are often used in racing.

Trimaran vs catamaran: which is the safest?

Catamaran vs trimaran: which one is the cheapest?

The price of a catamaran or a trimaran depends on numerous factors: its length, its comfort, its age or simply its demand. Some trimarans can be more expensive than catamarans for similar ranges and vice versa.

5 Yacht for Charter you can Book under 70k€

Yacht Financing : What you Need to Know

How Much does it Cost to Charter a Luxury Yacht?

Our Yachts for Charter

All Yacht Charters in Asia