A yacht charter to Mauritius combines an unusual mix of a distinct cosmopolitan blend with truly relaxing beaches and great dive spots.

Mauritius is a surprisingly accessible island situated just above the Tropic of Capricorn, in the south of Indian Ocean. Its visitors are enchanted by everything the island has to offer, especially its very good rates. This exotic destination offers a fascinating history, an appealing remoteness, diverse ethnic people and reef-fringed beauty. Those who enjoy the sun, sea, sand and great cuisine will not be disappointed. Mauritius is volcanic in origin and covers an area of 720 square miles. Coral reefs encircle most of the island except for the south coast and naturally protect its stunning white sandy beaches.

Mauritius is one of the most densely populated countries in the world with a population of around 1.2 million. It is one of the rare authentically cosmopolitan societies where many ethnic groups are present and live in an enviable harmony. Indian, African, European and Chinese cultures are well preserved and respected. Although it is located not far off the South East Coast of Africa, the British and French influences are felt the strongest along with the presence of a predominantly Indian workforce. English is the official language, but French and Creole are widely spoken. A number of oriental languages are also spoken. Due to the diverse influences, the cuisine of Mauritius is eclectic, so indulge your senses with a gourmet meal served on an idyllic beach or under the galaxy of stars.

Diving is popular in Mauritius, and there are approximately 27 dive centers located around the island. In addition to exploring the natural formations and reefs, ships have been sunk deliberately to create wrecks. There are at least 10 such wrecks around the island, and the Mauritian Scuba Diving Association (MSDA) has plans to sink several more. Beware that from June to October, the southeast trade winds make for rough seas and more difficult dives. Some of the most popular dive destinations are highlighted below with other popular destinations.

Until the 1860s, when the Suez Canal was built, Port Louis was an important stopover for ships from Europe on their way to India. The new Caudan Waterfront is considered to be the city's major tourist attraction. With trendy shops, cinemas, restaurants and a casino, it has become the hub of the city. Not too far away are older neighborhoods with their own distinct charm. Throughout the city, high-rising towers compete with buildings from the colonial times. Be sure to include a visit to the Central Market full of exotic fragrances and activity. Stalls sell a range of things from fake designer items to herbal cures for every imaginable ill to real vanilla pods.

The nautical center of Mauritius is located to the extreme north of the island at Cap Malheureux. Cap Malheureux is not known just for its well-serviced marina but also as a fishing village with magnificent views of the nearby volcanic islands rising from the sparkling emerald sea.

Grand Baie is renowned for its emerald waters and a variety of distractions from boutiques to craft shops, to restaurants, to nightclubs. Helicopter excursions are popular here.

This great dive spot has a row of coral and boulders that wind like a serpent across a sandy bottom. There is an abundance of stonefish and the rare Mauritius scorpion fish.

This wedge-shaped island offers a variety of excellent dives for all levels. There is a big French anchor nearby that's about 200 years old and encrusted with coral.

Located off the northern tip of Mauritius, this is an amazing spot to observe sharks, schools of barracuda, kingfish and big parrotfish that regularly patrol the island by the dozens.

Summer, from January through April, can be hot and humid with daytime temps averaging in the high 80s. The western and northern regions are warmer and relatively drier than the East and South. There is a risk of cyclones in the summer and although rarely a direct hit has been seen, these months will have days of squally rain. Mauritius doesn't really have a change of Season, there are no distinct monsoons and rain is possible on any day of the year. July to September, have the least amount of rain and daytime temperatures are more comfortable. Daytime temperatures range to the high 70s, falling to high 50s at night. These months are some of the more popular times to visit. December through March is the best time for diving as the waters are clearest. October through April is best for big game fishing when the large trophy fish approach to shore.

Mauritius is endowed with many crystal-clear lagoons and catamarans are particularly popular thanks to their shallow draft.

The southeast trades blow a steady 15-25 knots for 70% of the time from May to October. In addition to the consistent winds, the island's broad lagoons and long coastline Mauritius is made for coastal cruising and offers a wide variety of conditions.

Be aware that everything is being done to protect the reef and coral life of Mauritius. A Code of Conduct is enforced; do not take or break living corals, do not purchase shells, corals, etc., from a vendor, do not litter beaches.

From January to March the rainy season occurs with cyclones between November and February. Summer (November through April): 27/30°C day & 20/24°C night.Sea temperatures are generally pleasant throughout the year ranging from 28°C (83°F) in summer to 23°C (73°F) in winter.
Organize results
We found:
2 yachts in Mauritius 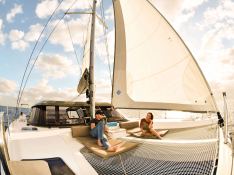 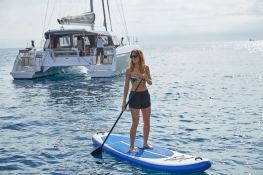 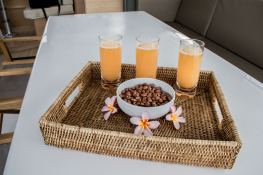 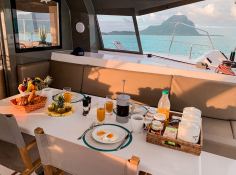 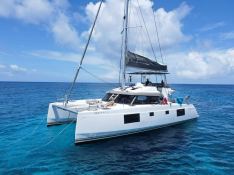 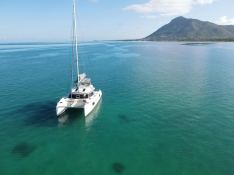 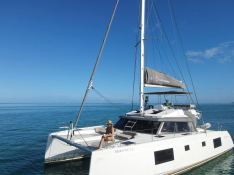 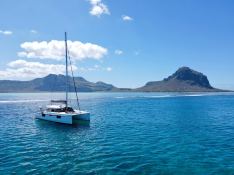 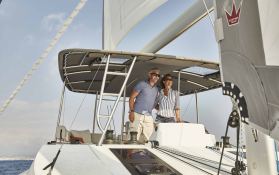 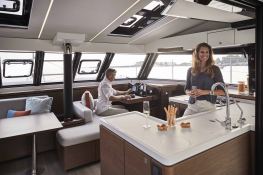 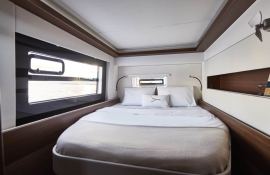