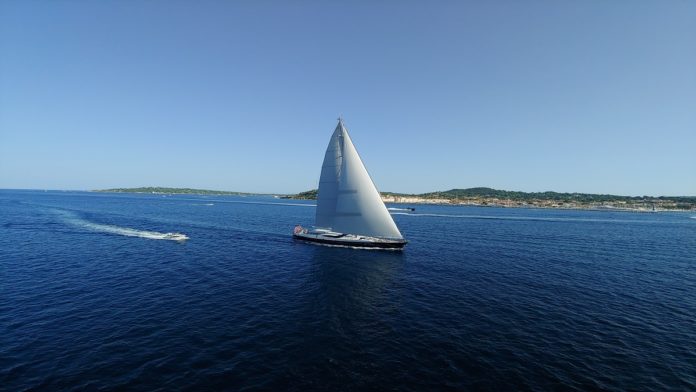 Are you looking to cruise with family and friends? Are you a passionate sailor?

Check out our selection of the 5 best sailboats under 60 feet. Each boat has its own technical characteristics, so make sure you make the right call when picking the one you like according to your needs and project.

Jeanneau 54: the best yacht under 50 feet

This sailing yacht is characterized by a powerful hull and better performance than her sistership of similar size. In addition, she has a sleeker design compared to previous models. Moreover, she offers a cockpit twice as spacious as other models of comparable size on the market. It is divided into several areas: navigation, relaxation, and maneuvering areas. Furthermore, this new yacht is equipped with a rear platform called ‘the terrace’ whose design has been patented by the manufacturer. This one has the particularity of being larger.

The Jeanneau 54 is designed to meet the requirements of customers. She is available in several versions with various levels of customization: 2-cabin, 3-cabin, 4-cabin and even 5-cabin versions. According to the shipyard, the Jeanneau 54 is mainly designed for customers in Northern Europe.

The Oceanis 46.1 is a monohull cruising yacht manufactured in France by Bénéteau since 2018. Its length is 13.65 m and its draft measures 2.65 m. In terms of design, the Oceanis 46.1 was largely inspired by the 51.1, but is distinguished by the combination of elegance and power. She also has the famous stepped hull of the 51.1, characterized by its wider shape, offering a larger interior. As for the deck, it adopts an architectural shape with a more spacious cockpit compared to the same size models found on the market. The large table inside the cockpit can accommodate up to 8 people. It cleverly houses the BIB. Also, the Oceanis 46.1 is distinguished by its winches grouped at the helm station, which facilitate maneuvering and create a beautiful space for relaxation at the same time.

The new yacht is designed for fast cruising enthusiasts, as it offers great speed and guaranteed sensations.

Unveiled in Cannes, the Dehler 30 One Design from Hanse Yacht shipyard is a monohull with ultra-modern designs. It is presented as a boat dedicated to offshore racing with minimum crew. It is characterized by its carbon mast set back and also by the presence of an intermediate stay between the masthead and the spreader.

The cockpit is designed so that the crew can work in comfort and freedom. It is equipped with a soft non-slip surface and a long central footrest. Also of note is a dedicated survival storage compartment.

Among the novelties of the Dehler 30 One Design, note that it has an outrigger that serves to spread the asymmetrical spinnaker pull point. This provides an additional maneuver to adjust the spinnaker draft point. The setting and removal of this adjustment is not complicated during a race.

Bavaria cruiser 46, the most popular for rental

The Bavaria cruiser 46 is a cruising monohull designed in Germany by Bavaria Yachts since 2004. It measures 13.60 m and has a draft of 2.10 m. It was voted European Yacht of the Year 2015. The yacht is distinguished by its wider swim platform, extending over 80% of the width of the transom. In addition, its spacious cockpit, almost straight bow and whistle roof allow it to adopt a more elegant, distinguished design and away from the ultra-sporty look.

In addition, the Bavaria Cruiser 46 has quality rigging and fittings with Lewmar winches and Spinlock blockers on the roof. These elements allow two people to easily steer the boat. As for the interior, this model has a modular navigation area consisting of a cockpit table. This is equipped with a tray that resembles a desk for the storage of instruments, charts or electrical panel.

Swan 54 is a sailboat manufactured by Nautor’s Swan shipyard since 2016. It is 16.48 m long and has a draft of 3.7 m. This model is so large that it can accommodate up to 10 people. Because of its high speed, it is a favorite among ocean racing enthusiasts as well as those who enjoy cruising with family and friends.

The sailboat’s deck plan is designed to ensure comfortable sailing with a minimum of crew. At the same time, it offers a more spacious area for everyone to enjoy life on board. Offering direct access to the sea thanks to a transom that opens entirely onto a large bathing platform and she is equipped with four electric winches in the cockpit, which allows the crew to easily steer the boat.

Discover also our selection of the best motor multihulls.

10 Sailing Myths and bad Advice you shouldn’t listen to

What Are The Different Parts Of A Sailboat?