In Phuket, BLUE MOON, a 2018 Lagoon 52F is now available for charter (launched in mid. December 2017). Food and gasoline are not included in the price, which comprises two crew members (skipper and hostess). Be one of the first to book this spectacular boat!

The Lagoon shipyard, in collaboration with its yacht design partner VPLP, has developed a fresh style for a new generation of Lagoons, with the Lagoon 52 being the first model to debut this new generation. The Lagoon 52 stands out from the crowd with its diamond-shaped vertical bows, modern hulls, levitated roof, and higher rig pushed aft. However, its uniqueness extends well beyond its "outside" look or even its "inner" workings.

The saloon is divided into three sections: a lounge and dining table to starboard, a big galley to port with direct access to the cockpit, and a chart table in the centre facing out to sea.
BLUE MOON  has five cabins, including four queen cabins with en-suite baths and separate showers, as well as a bunk bed cabin with en-suite head. The staterooms enjoy unrivaled natural illumination from the permanent hull windows, as well as great ventilation through the deck hatches and portholes that open out to the hull-side or cockpit.

The mast is further forward on a cruising catamaran, which has several advantages: a broad front triangle allows for a wider selection of sails, which means better performance. The mainsail is considerably easier to handle with the shortened boom. The mainsail, which is thinner and taller, benefits from stronger winds at the top, improving performance and reducing pitching.

BLUE MOON has open aft transoms that make boarding and disembarking a breeze. She features recessed deck hatches and large side decks. The cockpit is level with the saloon, and to starboard is an outdoor salon and sunbathing space. A stairway running from the cockpit or another leading from the deck on the starboard side leads to the fly bridge. The skipper has excellent view from the steering station, which is located in the center of the flybridge. All ropes and controls are on the flybridge, which is separate from the living quarters. There's also a tilting steering wheel that can be changed to three different positions, allowing the captain optimum view when sailing or navigating.

Blue Moon has begun and is already giving high-quality level charter services to her consumers.

Available in these destinations : Thailand

The APA is used to cover all expenses not included in the charter fee, such as fuel, food and beverages as well as any additional fees and taxes which the itinerary may necessitate. Any remainder is refundable at the end of the charter 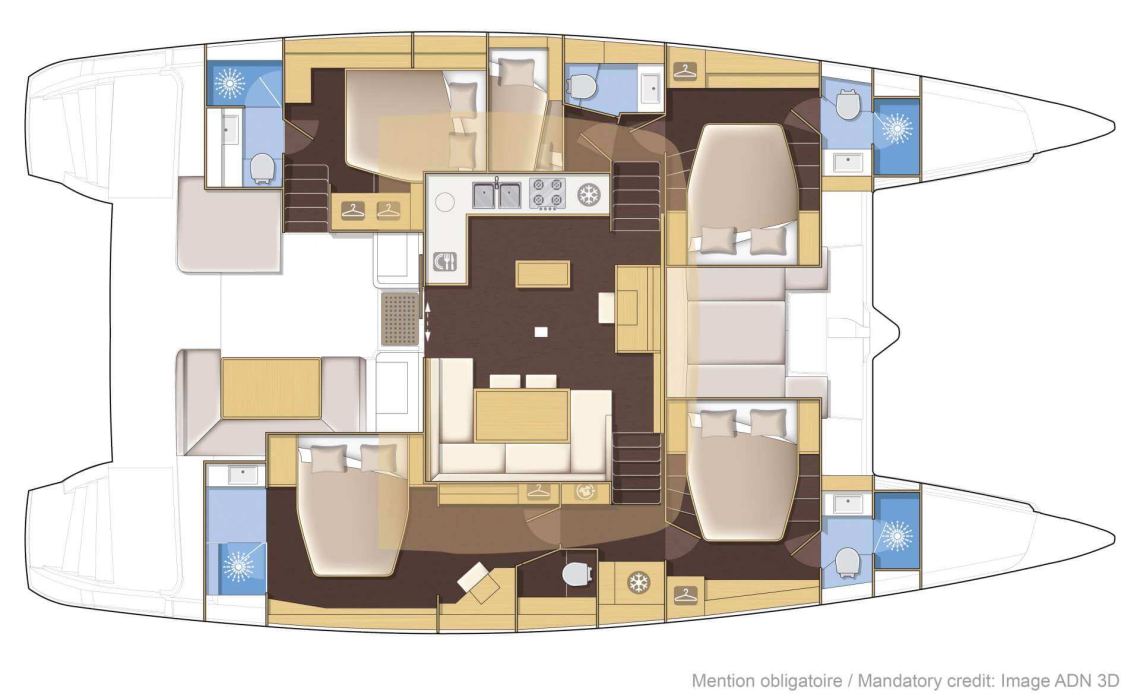