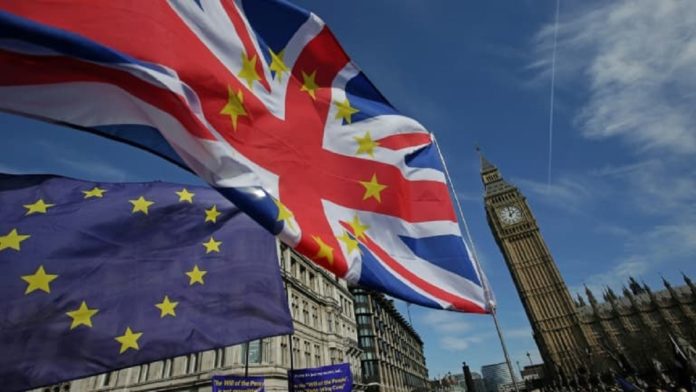 The Brexit is likely to affect English flags and raises questions about the free movement of workers, VAT and cabotage rights with direct consequences for yachting. We gathered a few frequently asked questions on the topic, meanwhile do not hesitate to contact us for any matter concerning your yacht sale or purchase.

EU citizen, can I register my yacht under the British flag?

Yes, as an EU citizen you can still register your yacht under the British flag. It is an excellent operating platform for both private and commercial yachts.

Nothing changes for those (natural and legal persons) who could previously benefit from the British registration. They will still be eligible for the British flag.

Do British flagged yacht owners who are EU citizens have to change their registration?

No, current owners of UK registered yachts are not required to change their registration.

Can a UK registered yacht in EU waters at the time of Brexit that has already paid EU VAT lose its VAT?

VAT is not directly linked to the flag. For example, a vessel registered in a third country still has the right to sail in EU waters if VAT and all import duties have been paid. Thus, the yacht has a compliant status in the European Union.

What are the consequences for UK registered vessels in UK waters on 1 January 2021?

In this case, your vessel’s status will be that of a third country upon arrival in EU waters and will be subject to customs controls.

In case your yacht fulfills all the necessary formalities (VAT paid) and you bring it back to the EU, it can be considered as a repatriated vessel and declared to customs in this way, otherwise it can only sail in European waters with a Temporary Admission of maximum 18 months.

Post-Brexit, will used boats have to be recertified when imported into the EU and the UK?

A recertification procedure is provided for sales from the EU to the UK and vice versa.
The CE conformity system applied since 1993 proves a product’s compliance with European safety standards.
In the case of a used, CE marked yacht imported into the EU from the UK, after the transition period, an assessment must be made to check compliance with the Recreational Craft Directives.

For a CE marked used yacht imported into the UK from the EU, a UKCA certificate of conformity will be made necessary from 1 January 2022. This is because the UK will no longer be able to use this European compliance and certification scheme, which may complicate trade.

These new regulations worry brokers because of red tape and additional costs, ranging from a few hundred to several thousand euros.

How does the Brexit affect the VAT management of a yacht?

Which VAT for new boats imported from the UK to the EU and vice versa?

If the yacht you wish to buy is in European waters on January 1st, even if it has been imported from a third country, it will keep the status of European property.

On the contrary, boats that are in British waters on January 1st, even if they were built in the Schengen area and then imported into the United Kingdom, lose their EU goods status. They will therefore be considered as third country goods and subject to the payment of customs duties and VAT. For all new boats imported from the UK into the EU, VAT must be paid at the border crossing, except for those that benefit from an exemption, such as in the case of return of goods, temporary admission or the change of residence procedure.

In any case, at the end of the transition period, the necessary proofs regarding the location of the vessel (such as marina mooring receipt, port dues, marine surveys, insurance documents, etc.) must be presented to the competent authorities to prove the VAT status.

Which VAT rule is applied for the import of used yachts?

As far as VAT is concerned, the same rules apply to the import of used boats as for new boats.

Sailing in EU waters with a flagged vessel, what VAT am I subject to after Brexit?

Boats owned and registered in a third country can occasionally (for a maximum of 18 months) navigate in EU waters without paying VAT thanks to a Temporary Admission. For example, during vacations or competitions.

You will get a transit log to stamp each time you enter and leave the country. Be sure to leave the EU within 18 months if you don’t want to pay VAT, which varies by country, with marina receipts as proof. When you leave the EU, you reset your VAT meter to zero.

You can stop the clock as early as 18 months if your boat is taken out of service and the papers filed in the customs office.

As a citizen of the European Union, do I have to pay British VAT if I go to its territorial waters?

If you are importing goods, you are subject to UK VAT, payable on arrival in the UK. If you qualify for Temporary Admission under UK rules (exploitation), you do not have to pay tax on your vacation. There are also customs reliefs for, for example, repatriation of goods and transfer of residence.

Can I still charter a UK registered boat to sail in EU waters?

In the European Union, there is only one rule for charter yachts. They must be imported into EU waters in free circulation as a vessel operated for commercial purposes. This often implies the VAT registration in the EU of the charter company owning the boat.

More than the nationality of the owner or the flag, the VAT exemption remains decisive for obtaining a free circulation status.

This still applies post-Brexit. There is no prohibition to charter a commercially registered yacht under the British flag if the charter company fulfills all tax obligations. Please note that some countries have special regulations prohibiting the charter of yachts registered in third countries, such as Greece and Spain (for small boats only).

In some Member States, on the contrary, there is a kind of derogation for yachts entering the EU waters with a Temporary Admission, although the European Union forbids the right of cabotage to boats registered in a third country.

What happens to the principle of free movement and maritime cabotage after Brexit?

The right of cabotage corresponds to allowing a shipowner operating vessels flying the flag of one state to provide maritime transport services within another state.

According to Article 257 of the Customs Code, only vessels operated by a European Union national shipowner and registered in one of its states may engage in cabotage in France. Vessels flying the British flag are therefore no longer authorized to perform cabotage in France, but may obtain a transport authorization for a specific voyage and on an exceptional basis.

A contrario, vessels flying the French flag can still carry out cabotage in the United Kingdom, a right which, however, is no longer guaranteed by the EEC regulation (n°3577/92, Council of 07/12/1992). This could even be challenged by the British legislation in the coming times.

What does the Brexit imply for crews?

The trade and partnership agreement does not provide anything about mutual recognition of navigation patents.

In the medium term, the European Commission may allow Member States to sign bilateral agreements with the UK (2008/106/EC).

A posting of up to 24 months is also possible for employees and self-employed persons under the conditions set out in the EU-UK Trade and Cooperation Agreement. The duration of the secondment cannot be extended.

Which navigation license should I take?

For professionals, we have seen that there is no mutual recognition of navigation certificates.

Also, countries such as Greece, Turkey, Spain, Italy require paying licenses to allow sailing in their waters or to charter on foreign flags.

How will the use of red diesel be regulated?

The use of red diesel is made legal for British boaters. They will still be able to sail in European Union waters with red diesel under the 1990 Istanbul Convention.

For the sake of clarity,  it is advisable to fill up with this kind of diesel only in the main tank, keep the payment invoice, indicating the taxes paid, the day, place and time when the refueling was done.

Also find out according to the states you visit as different local regulations apply.

What are the conditions to enter the UK for EU citizens and vice versa?

British nationals are allowed 90 days of stay in any 180-day period upon presentation of a passport. Overstays can lead to serious problems. Each EU member state also has its own immigration rules. The Cruising Association is therefore trying to negotiate cruising visas for 180 days instead of 90 for yachts visiting the Netherlands, Greece, Spain and Portugal. It also wants to achieve simplified applications for long-term tourist visas in France and Sweden for cruises.

In the opposite direction, EU citizens do not need a visa for stays of less than 6 months. Passport presentation will be mandatory from October 31, 2021.
Infringements of the length of stay can lead to serious problems.
Each EU member state also has its own immigration rules. The Cruising Association is therefore trying to negotiate cruising visas for 180 days instead of 90 for yachts visiting the Netherlands, Greece, Spain and Portugal. It also wants to achieve simplified applications for long-term tourist visas in France and Sweden for cruises.

In the opposite direction, EU citizens do not need a visa for stays of less than 6 months. Passport presentation will be mandatory from October 31, 2021.

In all cases, travelers are subject to customs control and there are regulations regarding pets (passport, health certificate).

Since the Brexit, it is much more difficult for our British compatriots to obtain a residence permit in an EU country. But, the same is true for EU citizens who want to move to the UK. In addition, the European health insurance card is no longer valid there.

Need more information? Our consultants are at your disposal to help you deal with flag registration when purchasing a yacht. contact our team of professionals available worldwide.

10 Sailing Myths and bad Advice you shouldn’t listen to

The 5 Best Sailing Boats under 60 feet