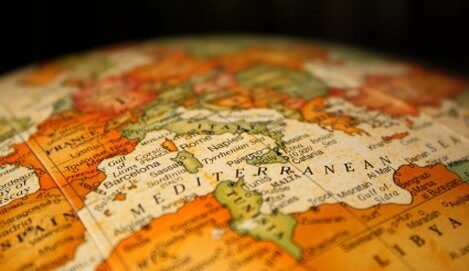 The usual season for the Super Yacht Charter, to the Mediterranean is from the month of April till the end of October. July as well as August are the hottest months, and this is the time when you are likely to come across lighter winds. However, the rates for chartering Super Yachts are costly during this time. It is worthwhile to opt for Super Yacht Charter during the months of April till May, as well as September and October. This is the time when the temperatures are quite favorable, and you will come across good weather as well. Furthermore, it is comparatively less costly and while on shore, you can steer clear of the crowds which are seen in the months of July and August.

A French Island within the Mediterranean, Corsica is well-liked. Corsica happens to be the fourth biggest island within the Mediterranean, subsequent to Sardinia, Sicily, and Cyprus. It is an idyllic place, for a Yacht Charter Vacation. It is placed to the southeast of France, in the southwestern region of Italy and to the north of Sardinia. Corsica has numerous fishing villages as well as unexplored regions and it is reputed for its mountains as well as the lofty cliffs. This is why Corsica is perfect for yacht anchorages.

You can explore Corsica at leisure, via the Super Yacht Charter as it contains roughly six hundred miles of complete shoreline. You can also merge Sardinia and Corsica in your itinerary, within your Luxury Yacht Charter. The southern region of Corsica is divided from Sardinia via a tiny strait.

Corsica boasts of a characteristically Mediterranean climate which is why it provides temperate as well as dry summers. The northern region of Corsica is hotter as compared to its southern region. Corsica is the perfect option for a Yacht Charter Vacation as the sunshine continues for 280 days each year. It is especially concentrated from the months of April to October, which is famous as the Mediterranean summer, and this is the ideal time to go on a Super Yacht Charter within Corsica.

Sardinia is the subsequent major island within the Mediterranean and it is to some extent smaller than Sicily which is essentially the biggest island. Mountains control a majority of Sardinia’s center and the uppermost point is located at 1,834 meters, and this is Monti Del Gennargentu. The coastline is the ideal place to view a few of the most splendid beaches, within the Mediterranean.

Croatia is yet another preferred destination for the Super Yacht Charter, with its stunning seashore comprising more than a thousand spectacular islands. It is not very far from the mainland and it proffers trouble-free navigation on top of sparkling blue waters. The most excellent season for a Luxury Yachts Charter to Croatia is near the beginning of summer as you can experience favorable winds in the months of May and June.

These are the essential aspects of an ideal Super Yacht Charters, to view the spectacular panorama of the Mediterranean.

8 reasons to yacht charter in Sicily

7 reasons to experience a luxury yacht in Italy